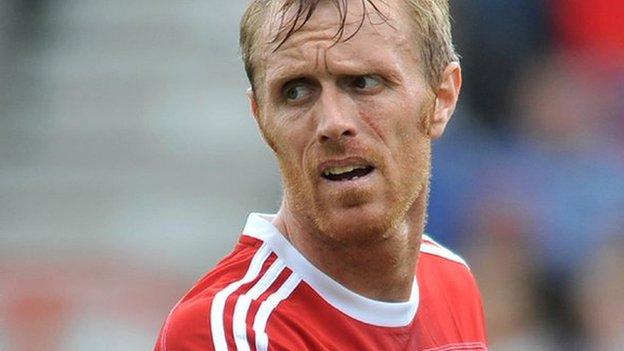 Wrexham continued their preparations for the new Conference Premier season with victory over League One Tranmere Rovers.

Neil Ashton sealed victory from the penalty spot in the final minute.

Ex-Wales midfielder Jason Koumas came off the bench for Tranmere in the second half.

The 33-year-old Wrexham-born player, who has been without a club since leaving Wigan in 2011, has been training with former club Tranmere during pre-season.

Tranmere also handed a trial to former Tottenham defender Pascal Chimbonda, who had been scheduled to play for Colwyn Bay in a friendly against a Chelsea XI before opting to line out for Rovers instead.

The 34-year-old former France full-back, who recently played a game for Market Drayton, has not had a club in over a year since leaving Doncaster.