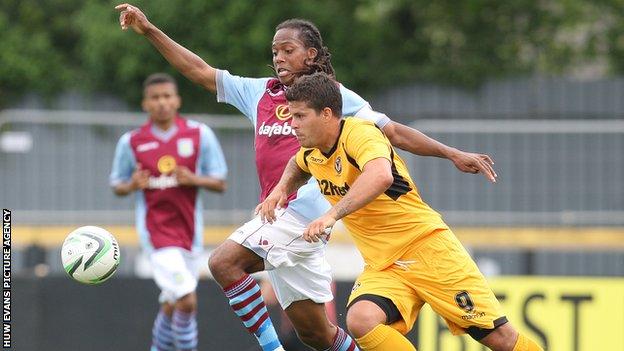 Newport County beat a young Aston Villa side in the final pre-season before they begin their League Two campaign.

Substitute Andrew Hughes equalised for the home side early in the second half before Lee Minshull's header put County ahead.

Goals from Jolley and Minshull sealed the victory for Justin Edinburgh's side.

Newport host Accrington Stanley on Saturday, their first game in the Football League for 25 years.