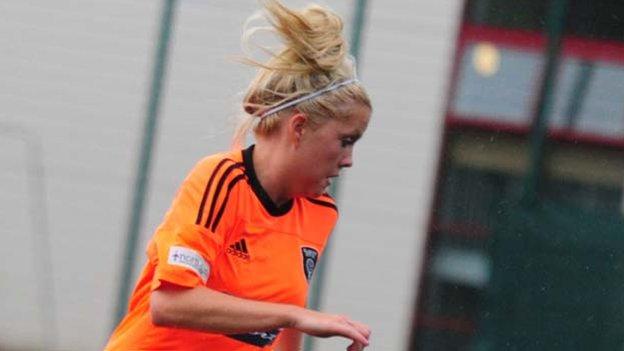 Republic of Ireland striker Denise O'Sullivan scored on her debut to give Scottish Women's Premier League leaders Glasgow City a 2-0 win over Rangers.

Eilish McSorley added the second away to the team sitting third in the table.

The win in the first game after the mid-season break lifts the Glasgow side to within a point of their Edinburgh visitors, who lie fifth in the table.

In the bottom half of the table, Kilwinning moved out of the relegation places with a 2-1 win away to bottom side Falkirk, Forfar Farmington crushed Hutchison Vale 4-1 and Hamilton hammered Buchan 6-1.