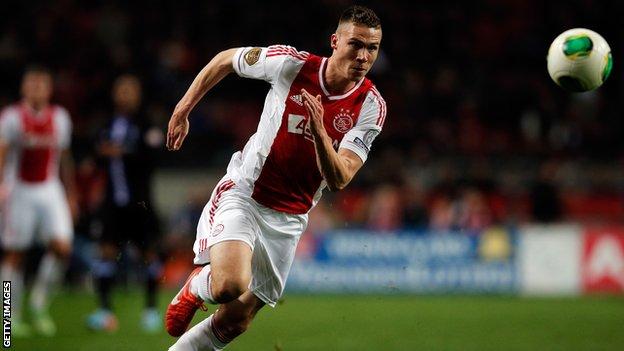 Boerrigter, who could now feature against Elfsborg on Wednesday, has signed a four-year deal in Glasgow in what is expected to be a £3m move.

Boerrigter has also enjoyed spells with other Dutch sides Zwolle and RKC Waalwijk.

"He is the type of player we have been looking for for a while," said Celtic manager Neil Lennon, who is confident of another new signing this week.

"He is a very fast, direct, left-footed player who has goals in him with his left and right foot.

"He is also very powerful. He has good experience and he has played at a high level for the last two or three years."

Celtic face Elfsborg in Glasgow in their third round qualifier on Wednesday night, but had until midnight on Tuesday to add a "wildcard" signing eligible to play in the match at Celtic Park.

325 comments
Back to top
unknown