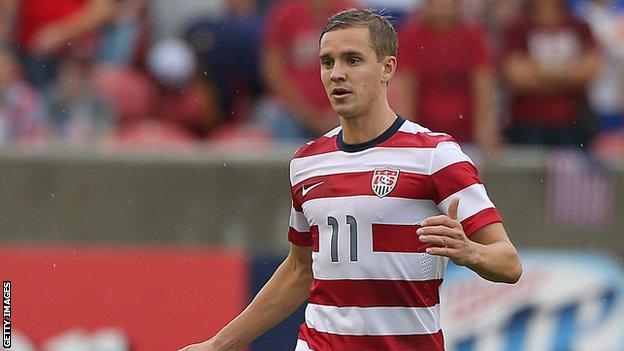 Holden, 27, was forced off in Sunday's 1-0 victory against Panama, having been affected by knee problems for more than two years.

Medical tests on Monday then showed the damage to the midfielder's right knee.

"I will rise again! Big love and thanks to all," Holden, who recently agreed a new contract with Bolton, tweeted.

Speaking immediately after the match at Chicago's Soldier Field, head coach Jurgen Klinsmann expressed his fears after Holden had to be substituted in the first half.

"We are very concerned about Stuart's situation," he told ussoccer.com.

"It looks like a very serious injury, but I'm not a doctor and I can't confirm it.

Holden's knee injury woes began in March 2011 when he was hurt in a Premier League match against Manchester United.

After a six-month absence, he returned to action in a League Cup tie at Aston Villa, but that would keep him sidelined for another 16 months.

Holden made his comeback in January, and a further four

He is the third Bolton player to suffer a damaged cruciate ligament in 2013, following and

Wanderers begin the 2013-14 season at Burnley on Saturday.