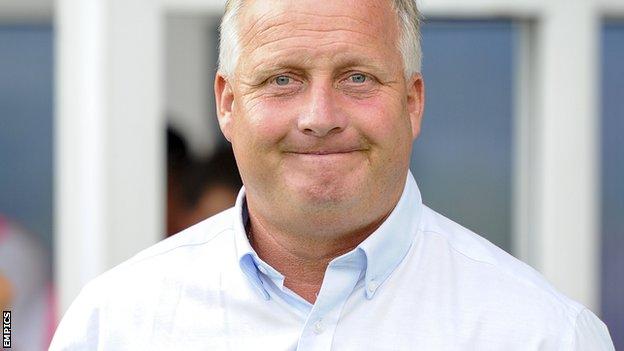 Manager Kevin Blackwell says Bury will enter the League Two season with a "fantastic new energy" around the club.

but optimism is high following and a large overhaul of the playing staff.

"We've had to sign a lot of players and that will take some integration," Blackwell told BBC Radio Manchester.

"But overall the club is so far removed from last season, I don't think people will recognise it when they turn up."

Port Vale had a similar start to the 2012-13 season, having to completely rebuild a squad, and they were promoted. The Shakers will be hoping Kevin Blackwell can weave some similar magic

"The new chairman [Stewart Day] and chief executive [Glenn Thomas] have come in and There's such a buzz about it."

Bury were twice placed under a transfer embargo by the Football League last season after they received short-term loans from the Professional Footballers' Association to help with cashflow problems.

was confirmed in April, at a time when Blackwell was working with a squad of 13 senior players, and shortly after the club had to keep them in business.

They have also handed new deals to Euan Holden and Tom Soares, who were at the end of 2012-13.

"When you look at where the club was, it's really about making sure we get the foundations right to give us a good chance to move forward," said Blackwell.

"To be able to create something from nothing is an exciting prospect.

"The first year will be about consolidation and identifying the players that I think can make the push to get us back up again."