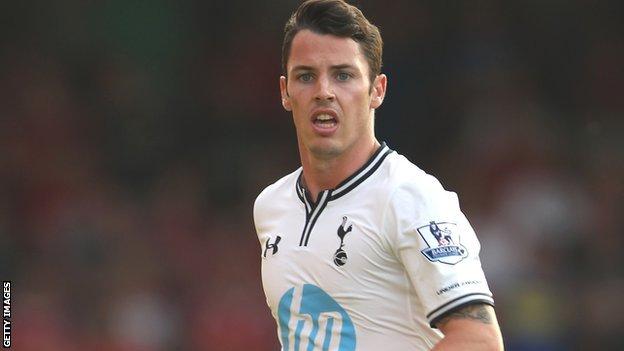 Smith, 22, is likely to replace John Brayford, who joined Cardiff last week, but will face competition from Wales Under-21 international Kieron Freeman.

Smith has made one start and one substitute appearance for Tottenham but has played 117 games during loan spells at Wycombe, Torquay, Bournemouth, MK Dons, Leeds and Millwall.

Smith has won 11 England U21 caps and has made more than 100 Football League appearances during several loan spells.

"He's a player with a lot of potential and we've been impressed with what we've seen," said manager Nigel Clough.

"Whenever we've seen him in the Championship or on international duty he's stood out as a very solid right-back, and someone that likes to get forward as well."