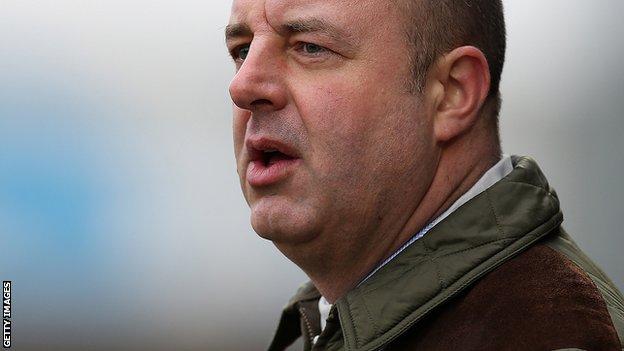 Rochdale manager Keith Hill believes his side will be able to cope with the departure of last season's top scorer Bobby Grant to Blackpool.

Grant requested a transfer at the end of last term, having scored 16 goals in 38 games for the League Two club.

"It won't be just down to one player to score the amount of goals that Bobby did," Hill told BBC Radio Manchester.

Having successfully guided Dale to League Two safety, Keith Hill's next goal is to turn them into promotion contenders

"I believe our attacking midfield players and the strikers we've got will fill that void."

As well as Rochdale also who contributed 17 goals between them in 2012-13.

Attacking players such as Matty Done, back at the club with whom he won promotion in 2010, Peter Vincenti and Matty Lund have been brought in.

"We did a lot of work on recruiting players who we thought could compensate for the loss of Bobby," added the 44-year-old.

"The key signing for me was - I think he will more than fill that role."

Following 18 months as manager of Championship club Barnsley, and guided them to a final position of 12th in League Two before

In Hill's successful first stint at Spotland, Dale won promotion to the third tier in 2010 and then equalled the best league finish in the club's history the following season.

"I want to be the only manager in the club's history to be promoted twice," he continued. "I don't see any reason why we can't be competitive. If we're competitive and we get a little bit of luck, then I'm sure we'll be successful."