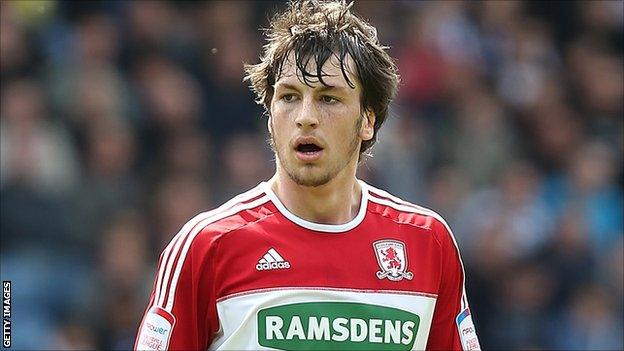 Hartlepool United have signed Middlesbrough defender Christian Burgess on loan until the end of 2013.

The 21-year-old, who has played for Pools in pre-season, could remain at Victoria Park for the season if the initial spell is a success.

Burgess has played one first-team game for his parent club

"Delighted with the move," Burgess tweeted of the deal.

Pools boss Colin Cooper, who was academy coach at the Riverside before his appointment this summer, has observed the former Arsenal academy player first hand.

"I rate him highly and I am certain he will go on to play for Middlesbrough's first team," Cooper told the club website.

"He's a defender who can get the ball down and play as well."