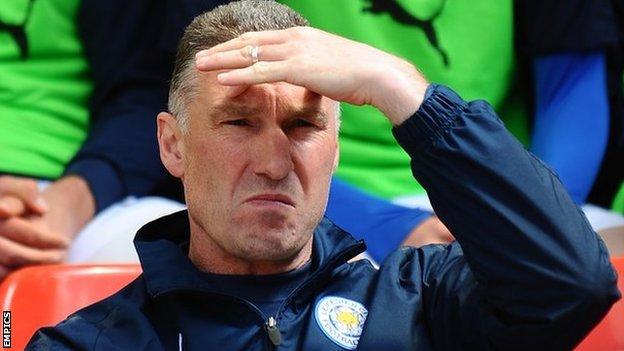 Leicester City manager Nigel Pearson says he does not expect any more signings in the transfer window.

The only new face to arrive during the close season is Zoumana Bakayogo, who joined on a free transfer from League One Tranmere Rovers last week.

Pearson told BBC Radio Leicester: "I don't think at any point I have alluded to players coming in.

"If players go out - well maybe that is a possibility. But my intention is trying to keep the squad together."