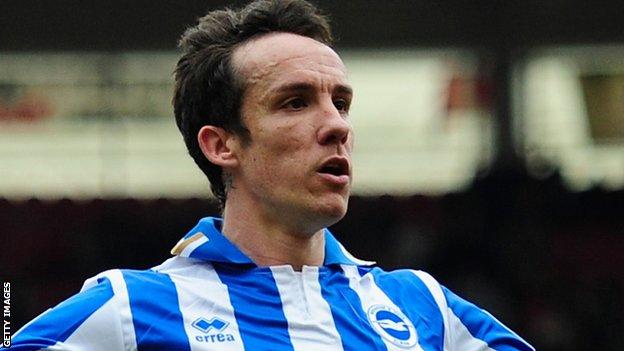 The 30-year-old had been considering a contract offer from the Seagulls after joining last year on a free transfer.

The Spaniard began his career at Osasuna and moved to Bilbao for €6m in 2007 but left after struggling for first-team opportunities.

Lopez's new contract is the first business done under head coach Oscar Garcia since he signed a three-year deal to replace Poyet.

Midfielder Andrew Crofts, who has featured regularly under Garcia in pre-season, believes the squad are coming to terms with how he wants them to prepare for games.

"I'm enjoying it and jumping right on board," Crofts told BBC Sussex. "I think his methods are good and he knows what he wants.

"The boys are taking everything they can on board. We've got a couple of games left before the season starts so we'll be working really hard in training to put his methods in action. "