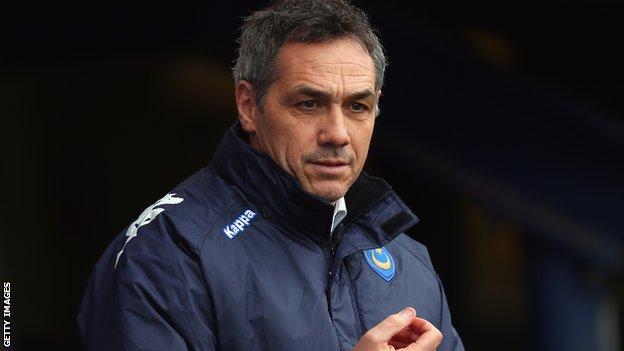 Portsmouth manager Guy Whittingham has guarded against too much pressure being placed on his side this season.

Despite successive relegations, Pompey have sold more than 10,000 season tickets for the new campaign.

This summer has seen a major overhaul in the playing staff at Fratton Park with 11 arrivals and 14 departures.

"We're still a very new group working together. Obviously we want to do well, but expectations-wise, that's as far as it goes," he told BBC Radio Solent.

"The momentum we've got from the season ticket sales is just fantastic but starting the season well is only as important as it is every other year.

"We keep using 'remarkable and fantastic' to describe our fans but it shouldn't be a surprise - they just keep on backing us."

The Portsmouth Supporters Trust completed their takeover of the club in April after a long-running battle with former owners Portpin.

It ended a 14-month spell in administration for the club, who will now begin their first season in English football's fourth tier since 1980 without a points deduction.

Meanwhile, Whittingham refused to be drawn on speculation that former Portugal international Ricardo Rocha is set to re-sign for the club after leaving at the end of last season.