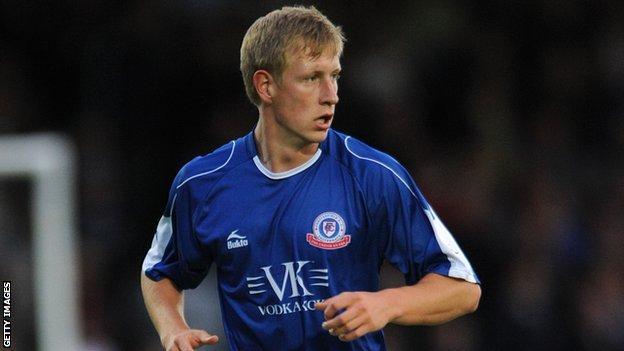 The 23-year-old, who spent five years at the Proact Stadium, had been on trial with the Silkmen since the start of pre-season.

Boden was a trainee at Sheffield United and had a loan spell in the Finnish top division with IFK Mariehamn.

Boden, who was released by Chesterfield in April, was on loan at Macclesfield during the 2011-2012 season, making eight appearances for the club.