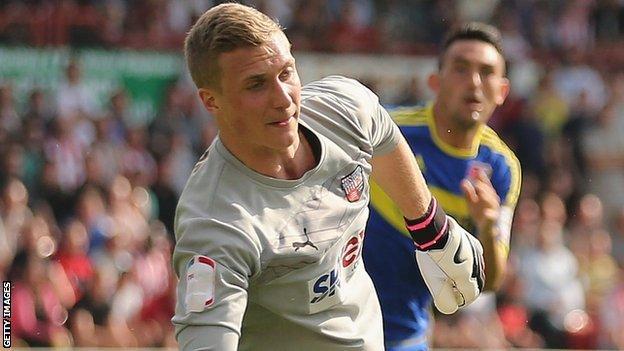 The 23-year-old joins the Premier League new boys on a four-year contract for an undisclosed fee.

"I'm delighted to be at Cardiff City - to play in the Premier League has always been my goal," Moore told the Cardiff City website.

"It's exciting to think that I'll be working with quality goalkeepers like David Marshall and Joe Lewis."

We have been watching Simon for a year or so, he is a real up-and-coming goalkeeper

Scotland international Marshall will be the Bluebirds' number one goalkeeper for the coming season, but Moore and Lewis will provide options in that position.

"We have been watching Simon for a year or so, he is a real up-and-coming goalkeeper," Mackay said.

"He's one that I think is a real prospect. For the future of the club, I've got three really good goalkeepers now; Simon comes in and I think he can kick on again.

"My thanks to Brentford for the way they went about their business, they were very professional and it was done very quickly... we are delighted to get Simon in for the start of our season."

Moore could make an immediate return to his old club, as Cardiff continue their pre-season preparations at League One side Brentford on Tuesday, having on Saturday.