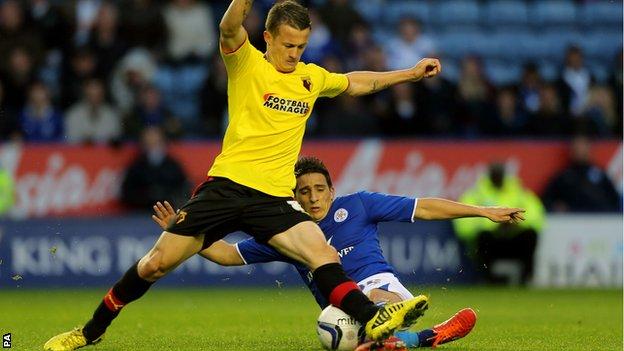 The 24-year-old made 41 appearances for the Hornets as they reached last season's play-off final.

Hogg started his career with Aston Villa and had loan spells with Darlington and Portsmouth before joining Watford in August 2011.

"He had a great season with Watford and he gives us a real lift ahead of the league season starting on Saturday.

"When he became available we had no hesitation in bringing him here. He complements what we have brilliantly."

The midfielder admitted that a desire to be closer to his family was behind his decision to move away from Vicarage Road.

Hogg told the club website: "I wasn't really expecting to leave Watford, but it wasn't the perfect situation for me.

"Family-wise it wasn't ideal as my young family were living in Middlesbrough. In terms of the football it was really good and I felt like I would have progressed my career at Watford so it was a very big decision that I had to make.

"Huddersfield is the perfect fit for me and I am looking forward to showing the fans what I am all about."