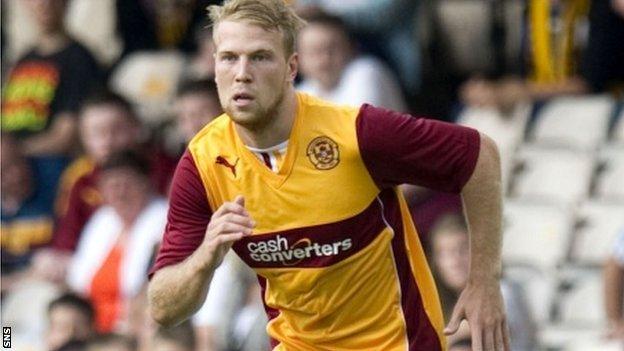 The 22-year-old made the move on the recommendation of Estonia team-mate Henrik Ojamaa, who left Well for Legia Warsaw in the summer.

"Henrik is my good friend and recommended me, telling me all positives about the club, so I'm delighted to have joined Motherwell."

Henrik is my good friend and recommended me, telling me all positives about the club

"I want to keep working hard and do really well for the team and hopefully we can be successful this season," added Anier.

He has scored three times in seven international appearances since making his debut in 2011.

But the Estonia international was not so prolific in the Norwegian top flight after signing a three-year contract with Stavanger outfit Viking, having left Flora in his homeland that same year.

He was loaned out this year to Fredrikstad, who had been relegated to Norway's second tier, and now hopes to impress in the Scottish Premiership.

Having spent a year at the Sampdoria Academy in Italy, Anier signed professional terms with Valga Warrior, winning a move to fellow Estonians Flora after netting 13 league goals in 24 starts.

In three seasons with Estonian top-flight outfit Flora, the Tallinn club where he had played as a youth, he scored 52 times in 86 matches.