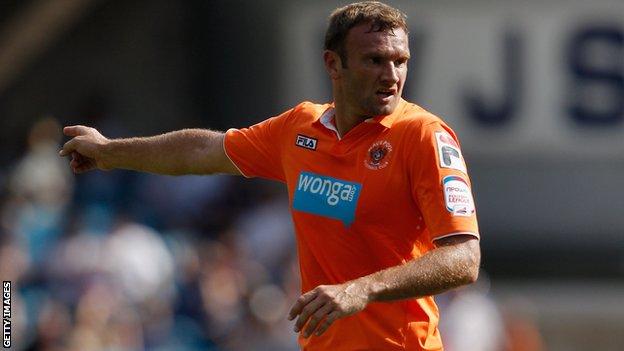 Chief executive Chris Turner revealed at a fans' forum on Monday that the 31-year-old had agreed terms on Friday.

Evatt played 84 League games for the club in his first spell between 2003 and 2005 before moving to QPR.

He joined the Seasiders in 2007, after a loan spell, and played more than 200 games for the club before leaving Bloomfield Road this summer.

He told the club website: "I'm delighted to be back. My family is from around here and I know the area well.

"On and off the pitch, the club's run extremely well and they've got massive ambitions to become a Championship side. I want to do everything I can to help Chesterfield achieve this goal."