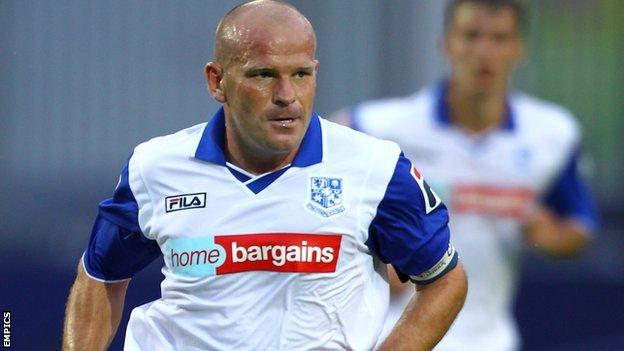 Andy Robinson scored inside two minutes as Tranmere Rovers moved into the second round of the Capital One Cup with a routine win over Mansfield Town.

And Chris Atkinson made it 2-0 to the League One side when he exchanged passes with Lowe and fired the ball into the top corner from a tight angle.

The Stags improved after the break and James Jennings and Louis Briscoe both went close, but the hosts held on.

"We can't keep giving teams 2-0 leads and expect to win.

"In the past two seasons our success has been been built around hard work, desire and hunger and all those kind of words. I thought that was lacking in the first half.

"In the second half we gave ourselves a chance but the balls don't seem to be dropping for us in the right areas.

"But we have to make things happen to win football matches. I am not one for sitting around feeling sorry for myself."