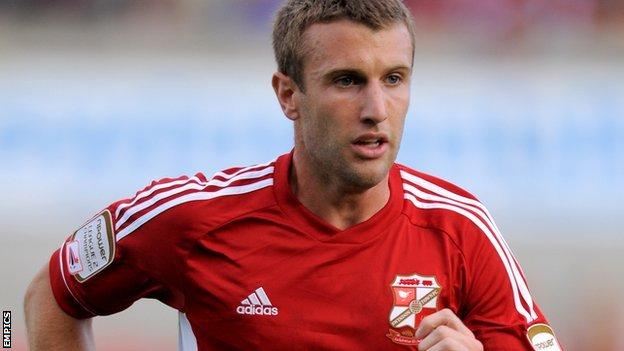 Andy Williams struck an 83rd-minute winner to earn League One side Swindon Town victory over League Two opponents Torquay United in the Capital One Cup.

Substitute Miles Storey broke through and teed up an easy chance for Williams, who netted from close range.

Swindon had wasted the chance to go in front when Alex Pritchard's penalty was saved by Martin Rice.

"I was a bit worried it was already going in but I let Pritchard have the penalty so I wasn't going to let anyone else have that one.

"For half an hour, Torquay barely had a kick of the ball. We had chances but we didn't take them.

"If you don't take chances at home then the crowd can get on you a bit and we were probably lucky not to go in behind at half-time.

"We eventually got in to our rhythm and we created enough chances to win the game."