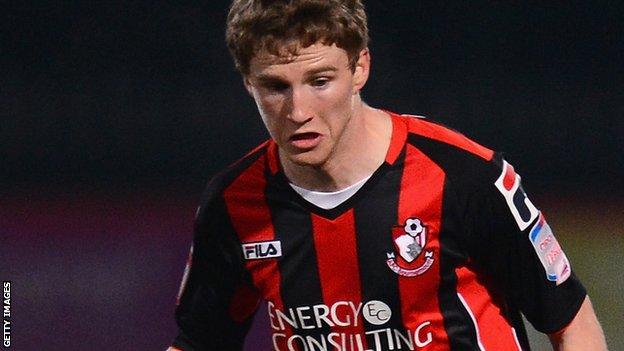 Eunan O'Kane scored the only goal as Championship side Bournemouth beat League Two neighbours Portsmouth to reach the Capital One Cup second round.

O'Kane netted on the rebound when a Ryan Fraser shot had been pushed out by Pompey keeper Phil Smith on 54 minutes.

The Cherries were the better side throughout and deserved their win.

Wes Thomas blazed a header over and Smith produced a fine save to keep out Andrew Surman's 20-yard shot, but the hosts did not need a second goal.

Tom Craddock came closest to netting for Pompey with a rasping strike that went just wide with the score 0-0.