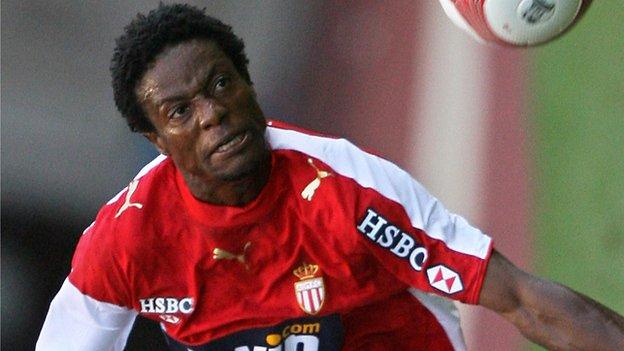 Premier League clubs in Sierra Leone have decided to boycott the country's top-flight league in protest against the disqualification of Mohamed Kallon and four other candidates from the Sierra Leone Football Association (SLFA) leadership elections in Freetown on Saturday.

Ten out of the 14 Premier League clubs stated in a letter to the Premier League Board (PLB) that "with immediate effect, they'll no longer honour any fixture of the ongoing league because they considered the decision to disqualify five contestants as unfair and erroneous".

However, it is believed that the decision for Diamond Stars to boycott the league was not unanimously taken and may be reversed.

I'm very disappointed about the decision and I believe it was politically motivated. I know I'm qualified.

But other clubs have started acting on their decision - the match between Bo Rangers and Mighty Blackpool didn't take place on Monday because both clubs failed to honour the fixture.

Former Inter Milan and AS Monaco striker Kallon was ruled out from taking part in the presidential race on the grounds that he didn't meet the requirement of Article 32 (4) of the SLFA Constitution.

However, Kallon has refused to accept the decision, insisting it is politically motivated and that he has no doubt that he is qualified.

The other two candidates to be disqualified from the presidential race are Rodney Michael and Foday Turay, both because they contravene Article 25 of the Fifa code of Ethics which deals with betting, gambling, lotteries and similar events or transaction connected with football.

Supporters of both Kallon and Michael held a peaceful protest in front of State House in Freetown on Monday to express their dissatisfaction over the decision to ban their candidates.

Sierra Leone's President Ernest Bai Koroma had a meeting with Kallon and the group and promised to get back to them.

The former Leone Stars captain told BBC Sport after his meeting with the President Koroma that he was confident that they decision will be reversed and he will be reinstated in the contest.

Idrissa Taralley and John Dissa were candidates for other positions but they have also been disqualified for their links with the local sports betting company. They, too, have cried foul.

Saturday's elections will take place after several postponements and will be conducted by a Normalisation Committee, which was set up in December by football's world governing body Fifa to run the day-to-day affairs of the SLFA.

Isha Johansen is now expected to be appointed unopposed, to become the first female president of the SLFA.