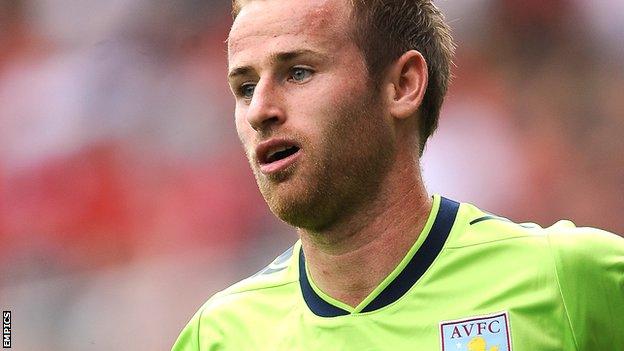 Blackburn manager Gary Bowyer says a deal for Aston Villa's Barry Bannan may still happen after revealing their move for the midfielder has stalled.

Rovers have had a bid accepted for the Scotland international, 23, but talks over personal terms are on hold.

"There may be a chance it might happen, and if not we'll be prepared for it not happening. We've just got to keep as many plates spinning as we can."

Bowyer is planning further additions to his squad before the Championship season kicks off this weekend.

He said: "We are hopeful of bringing one or maybe two before the Derby game [on Sunday].

"But we're not just going to bring people in for the sake of bringing them in. We've got to redress the books a little bit as well."

Bannan made 31 appearances for Villa in all competitions last term, including 24 in the Premier League.

Bowyer also confirmed Yann Songo'o is still training with the club with a view to earning a contract at Ewood Park.