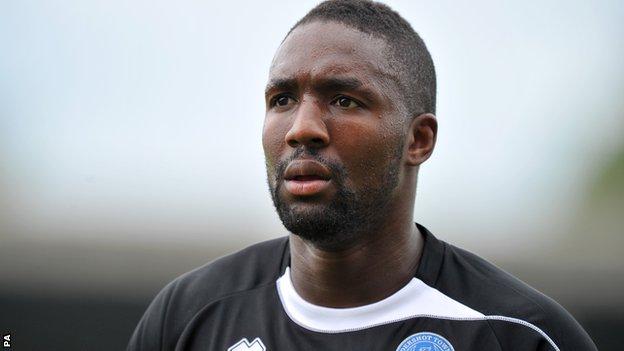 Hereford United have completed the signing of former Aldershot striker Michael Rankine on a one-year contract.

The 28-year-old was available after his release by the Shots last season and links up again with Bulls boss Martin Foyle, who took him to York in 2009.

Rankine scored three times in 46 league appearances during his two years at Aldershot and also spent time out on loan at York and Grimsby last season.

"He did great for me at York," Foyle told United's website.

"He's got a lot of strength and a great work rate. If we can get him fit, get him jumping again, then I am sure he will be a real asset for us."