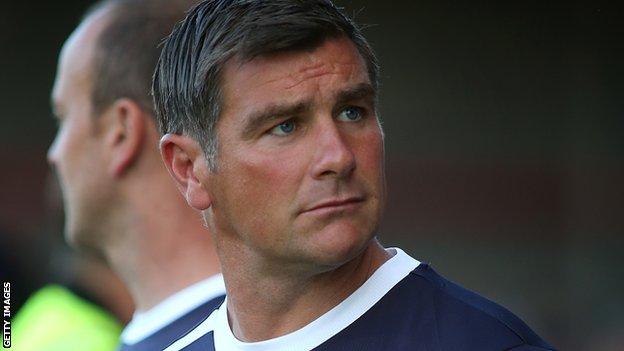 Crawley manager Richie Barker has promised to try to keep playing an attractive style of football ahead of the new season.

Barker guided his side to a 3-0 win over Premier League side Crystal Palace in their final pre-season friendly.

"I've said all along that there is a certain way we want to play and people are appreciating that," he said.

"Whether it's going to be a long hard season or not, at least you can come and be entertained."

After winning the Conference Premier in 2011, the Reds achieved back-to-back promotions following a third-placed finish in League Two the season after.

Barker guided Crawley to a respectable 10th place in the third tier during his first full season in charge and was rewarded with a new two-year deal in May.

"We've got 15 senior players so it's always going to be a long, hard season," the 38-year-old told BBC Sussex.

"To be fair some people have given me a headache over the past five days so it's going to be a tough decision [to pick a team against Coventry].

"I've said to them some people are going to be disappointed this week but it's a long old season and everybody will get their turn."