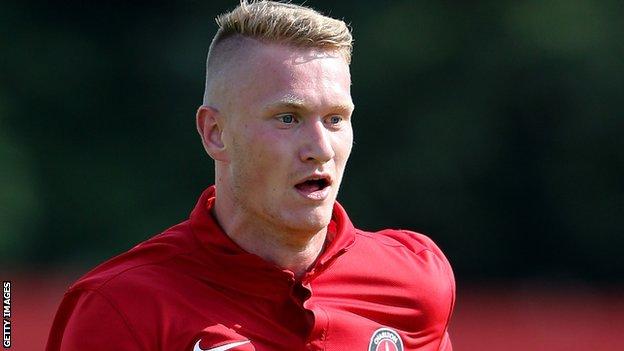 The 21-year-old began his career at Darlington and moved to the Addicks in 2011 for an undisclosed fee.

The 6ft 4in striker has made just two appearances at the Valley but has had loan spells with Accrington,Newport and Colchester.

"We looked at a lot of strikers as the summer progressed but Michael ticked all the boxes," said boss Neil Ardley.

"There had been about seven clubs after him but Chris [Powell, Charlton manager] was really keen for him to come here and he helped us out in every way."