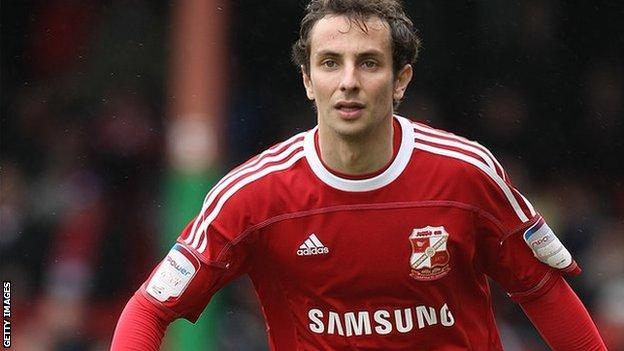 The 25-year-old Italian was released by the Robins earlier in the summer after scoring 12 goals in 74 appearances in his two seasons at the County Ground.

He is the League One side's third summer signing, following the arrivals of Jason Kennedy and Mark Yeates.

De Vita could make his league debut for the Bantams in the game against Bristol City on Saturday.