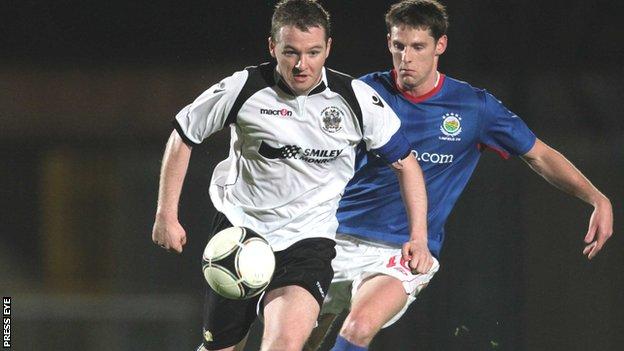 The 30-year-old, who has also played for Linfield and Crusaders, decided to quit because of other commitments.

Kris Pike and Stephen Cockcroft have been released by the club while former Donegal Celtic midfielder Ryan Henderson has arrived from Linfield.

Henderson started just nine games for the Blues last season and was placed on the transfer list in May.

McCann left Distillery in May following their relegation to the Championship.

Pike departs Ards in pursuit of regular football while Cockcroft will play for H&W Welders next season.

Ards will begin their Premiership campaign against champions Cliftonville at Solitude on 10 August.