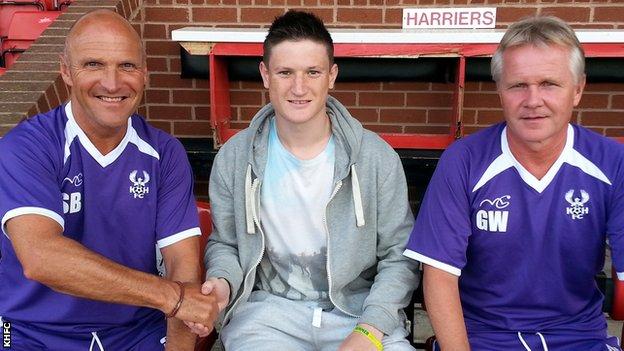 The 20-year-old, who has agreed a one-year contract at Aggborough, hit a prolific 88 goals in 83 games for Midlands Combination side Littleton.

This summer he was part of the Great Britain team which finished runners-up at the World University and College Games, for whom Harriers player-coach Steve Guinan was assistant manager.

He went on to have a successful trial at Harriers and agreed to join.

During that trial he came off the bench to score a hat-trick in a pre-season friendly at Chasetown.

"He is the type of player who just gets in to the right place at the right time and we have kept a good eye him," Harriers boss Steve Burr told the club website.

"It is important we keep in perspective what we expect of him straightaway, but we feel there is quite an exciting talent here."