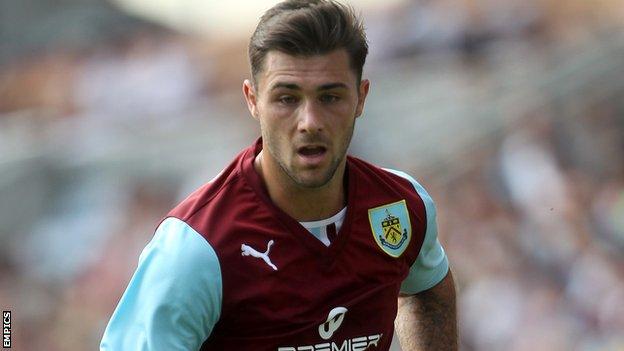 Manager Sean Dyche says striker Charlie Austin is ready to start the season with Burnley after seeing a move to Hull City collapse earlier this month.

A multi-million pound transfer to the Premier League newcomers

Since then, he has featured regularly for the Clarets in pre-season and scored twice in a 4-1 friendly win against Sparta Rotterdam last weekend.

If he's with Burnley Football Club, I'll be delighted. If it goes out of my hands and ends up changing, that's the way it is

He told BBC Radio Lancashire: "He's not altered. I love working with him and the lads like him as a character."

QPR and Nottingham Forest have also been linked with moves for the 24-year-old, who scored 28 goals in 40 games for Burnley last term.

And Dyche, who is preparing for the start of his first full season at Turf Moor, has admitted he is unsure if Austin will still be a Burnley player when the summer transfer window closes on 2 September.

"If he's with Burnley Football Club, I'll be delighted. If it goes out of my hands and ends up changing, that's the way it is," added the former Watford manager.

"That's the life of being at a football club that has to make ends meet and be sensible financially, as well as productive and competitive on the pitch."