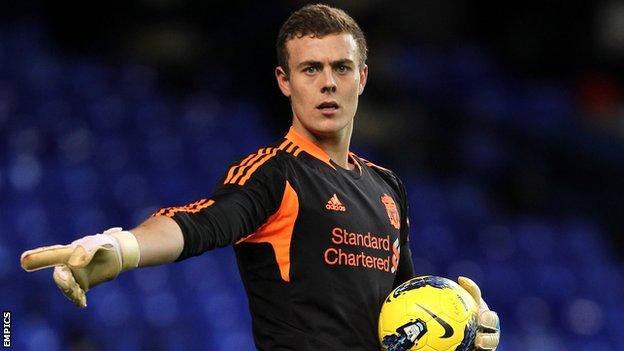 Swindon Town have signed goalkeeper Tyrell Belford on a two-year deal following his release by Liverpool.

Belford joined the academy system at Anfield in 2009, having spent time on the books at Coventry City.

The 19-year-old is the son of former keeper and current Tamworth manager Dale Belford, who played alongside Swindon's caretaker boss Mark Cooper.

He has yet to make a senior appearance but told BBC Wiltshire: "I've just got to come here and work hard."

Belford continued: "I've played a few games at Under 21 level and I've been away with the Liverpool first team so it's been brilliant for me.

"I've heard a lot of good things about Swindon and it's on the way up. I've seen the manager has got belief in the young players, so it's great for me."

Belford, whose brother Cameron played in League One with Bury, will compete for a place in the squad with first-choice Wes Foderingham and back-up keeper Leigh Bedwell.

"I'm not going to put any pressure on myself to do anything," he added.

"But if I can get some first-team experience that would be brilliant."