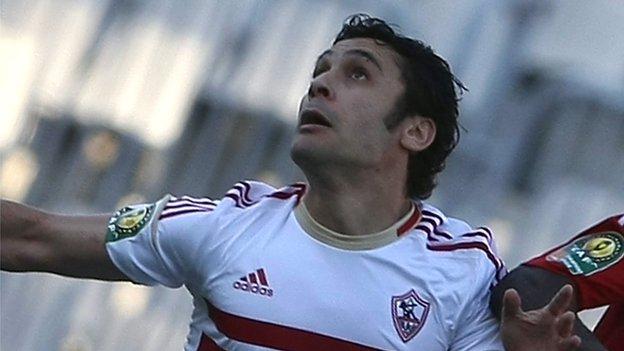 Veteran Egyptian midfielder Ahmed Hassan agrees to play on for one more season at Zamalek.

The 38-year-old, who is the world's most capped international, will play in his side's African Champions League this weekend in Congo, the Cairo club said in a statement.

It is his second season at Zamalek, who he joined in a shock move from arch-rivals Al Ahly last year.

And he is acknowledged by world governing body Fifa as the player with the most international appearances.

Hassan, who is now retired from internationals, won a record four Africa Cup of Nations titles but never played at the World Cup finals.

In his club career he also played at Anderlecht in Belgium and for Besiktas in Turkey.