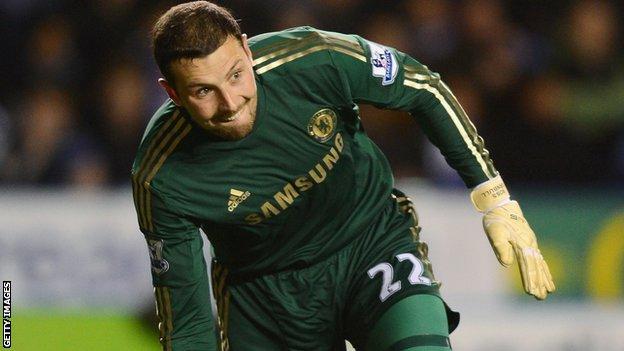 Turnbull, 28, left Stamford Bridge this summer after four years with the Blues.

"I'm very happy that things have worked out and I'm just looking forward to the start of the season," he told the club's website.

Khumalo has not made a competitive appearance for Spurs since joining from SuperSport United in January 2011.

The Championship club are yet to agree a compensation deal with the Bees for the 22-year-old.