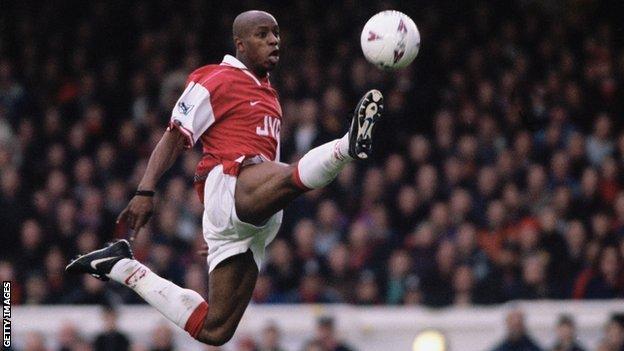 The BBC has also announced that former Chelsea striker and manager Gianluca Vialli will be a pundit on Match of the Day this season.

MOTD will also be available to view on the BBC iPlayer for the first time.

Viewers will be able to access Saturday's show from midnight on Monday.

Also joining the Radio 5 live team is former England winger Chris Waddle, who will be a regular pundit alongside former professionals John Hartson and Kevin Kilbane.

Wright, who has worked for MOTD in the past, said he was very pleased to be back on the BBC.

"There will be lots to talk about and a lot of divided opinion," said Wright. "For me, it's all about the fans and what the fans think. I like to hear all sorts of opinions, everyone is entitled to one."

Cates, daughter of Liverpool legend Kenny Dalglish, said she was relishing working with Wright on Sundays.

"As well as having been a brilliant footballer, he's a real fan of the game," she said, adding she was looking forward to speaking to fans each week.

"When it does get heated and it does get passionate. that's really important because it shows people care."

In further changes to the BBC's football coverage this season, new MOTD2 presenter Mark Chapman will also present MOTD2 Extra, a brand new show that will debate and analyse the weekend action and discuss the game's big issues.

It will go out at Sunday lunchtime and be broadcast simultaneously on BBC One, BBC Radio 5 live and the BBC Sport website.

There are also new roles for Dan Walker and Jason Mohammad.

Mohammad will front a new-look Final Score on Saturdays.

The BBC One show will keep fans up to date with news and scores as they happen and will feature pitch-side reports and studio guests.

MOTD will resume on Saturday, 17 August.

Presenter Gary Lineker will be joined in the studio by Alan Shearer, Alan Hansen and a range of new faces, including Vialli, Gus Poyet, Robbie Fowler, Les Ferdinand, Michael Owen and Robbie Savage.

"This season, the BBC's commitment to football coverage is greater than ever," said Barbara Slater, director of BBC Sport.

"With new-look shows and new names to add to the already impressive presentation and punditry line-up, we're ready to bring all the excitement to our audiences.

"Our digital offering enables fans uninterrupted access to all the key action and events as they unfold, wherever they are, with access to news, scores, TV shows and live radio commentaries on the go."

There is also The Women's Football Show on BBC Two, plus coverage of the 2014 Women's FA Cup final live on television, radio and online.

The BBC Sport website will continue to stream MOTD, MOTD2, Football Focus and Final Score as they happen.

And there will be live text commentary of every Premier League game.

From transfer speculation to team updates, everything is available at bbc.co.uk/football. Extensive content is also available on tablet and mobile via the BBC Sport app.

Jonathan Wall, Controller of BBC Radio 5 live and sports extra, said: "Kelly's knowledge of the game coupled with Ian's experience as a player will make the new Sunday 606 a really engaging and entertaining listen.

"Dan's journalistic credentials and his big guests will ensure that Friday nights become the flagship start to the sporting weekend.

"These shows, alongside our live commentary of 128 Premier League games and other football programming, means our listeners will be able to get right to the heart of the footballing action and debate this season."