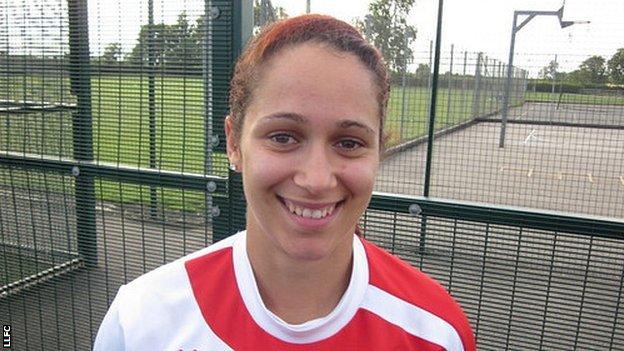 The 22-year-old, who has also played for Leicester City, has been part of the England Under-23 squad this summer and City's top scorer last season.

Lady Imps manager Rick Passmoor told the club website: "She is a prolific goalscorer of the lower leagues and has a bright future.

"She is a direct, fast, forward player who also can play wide and she has a great work ethic."