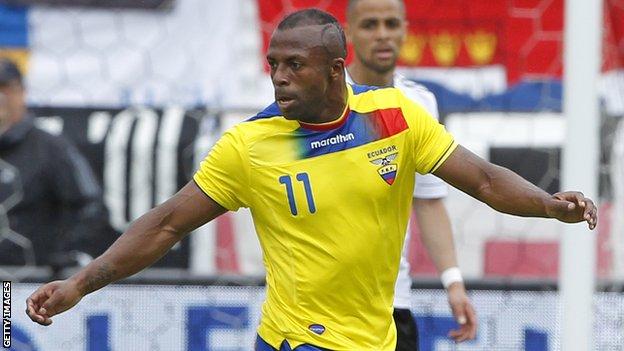 The Ecuador international, 27, was admitted to hospital with severe stomach pains shortly after making his debut for El Jaish on Sunday.

Benitez died hours later and his club confirmed that "official medical reports stated that the sudden death was caused by heart failure."

El Jaish say they will cover all costs of returning Benitez's body to Ecuador.

"Sadness and sorrow prevailed all over the club after hearing the sad news," read a club statement. "El Jaish management assures again its endless support to Christian's family and stand by their side during this hard time."

Benitez, capped 58 times by his country, spent the 2009-10 season on loan at Birmingham from Santos Laguna but returned to the Mexican side when the St Andrew's club decided not to sign him permanently.

Birmingham will hold a minute's silence before their Championship opener against Watford on Saturday, while Blues players will also wear black armbands.