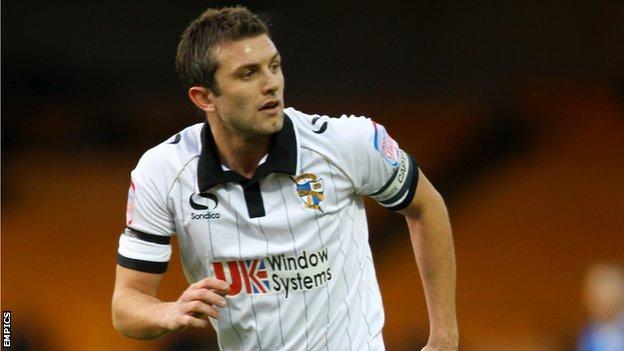 Port Vale captain Doug Loft feels this is the hardest pre-season that he has ever faced as his newly-promoted side prepare for the League One campaign.

Loft, who recently signed a new one-year contract at Vale Park, has been recovering from an Achilles tendon injury during the off-season.

The signings of Chris Lines, Chris Robertson, Gavin Tomlin, Anthony Griffith and Kaid Mohamed should ensure the Vale adapt comfortably to life in League One

"I've done a lot of pre-seasons and this is the hardest that I've done," the 26-year-old told BBC Radio Stoke.

"The lads look fit and sharp and everyone's raring to go."

He continued: "You play a lot of games, especially at the beginning of the season when they come fast and you're playing a lot of minutes, and you're more likely to pick up knocks.

"But if you're fit, and you've done a good pre-season where you've work hard, you're ready for the games and you should be alright."

Vale have made six new signings for the coming season this summer, with the latest being former Stoke City full-back Carl Dickinson.

And Loft feels that the competition for places will only help their squad as they prepare for life in a new division.

"We've made very good signings, and they bring something that we didn't have," he commented.

"We've got a bigger squad this year which will be important. There's a lot of choice for the gaffer, and whoever he picks, I'm sure will do well for the team."