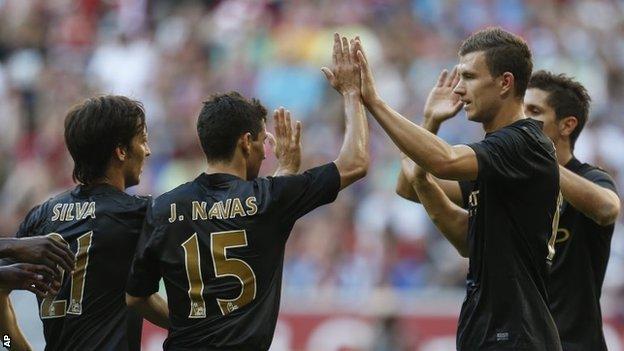 City raced into a 5-0 lead by the 36th minute - David Silva, Micah Richards and Aleksandar Kolarov also on the scoresheet.

Summer signings and all started for Manuel Pellegrini's side.

City play Bayern Munich in the final of the Audi Cup on Thursday after Pep Guardiola's side beat Sao Paulo 2-0.