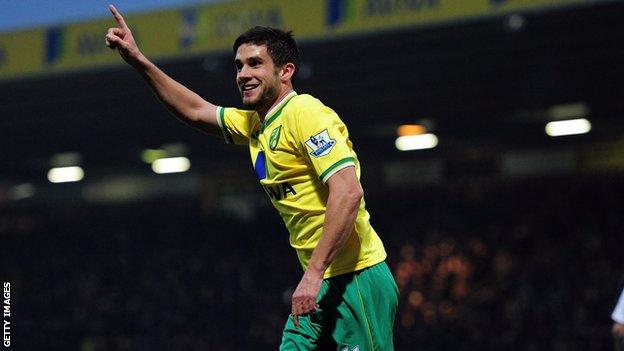 Norwich midfielder Andrew Surman has joined Championship side Bournemouth on loan until the end of the season.

The 26-year-old struggled with a knee injury last season and made just seven appearances in all competitions for the Canaries.

Surman played twice during the Premier League side's recent tour of the United States but has been allowed to make the temporary move to Bournemouth.

He becomes the Cherries' fourth signing of the summer.

Surman previously previously played for Bournemouth during a six-month spell in the 2005-06 season.

The former England Under-21s international started his career at Southampton before joining Wolverhampton Wanderers in 2009.

Surman joined Norwich in 2010 and has made 56 appearances for the club.