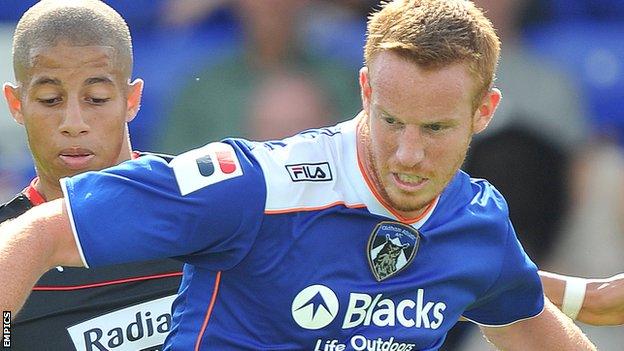 Oldham have signed striker Adam Rooney on a free transfer from Birmingham.

The 25-year-old has agreed a two-year deal at Boundary Park, with the option of extending it to a third, after spending pre-season with the Latics.

Rooney has been involved in a contractual dispute with Swindon Town since the end of last season.

He in August and went on to agree a permanent deal, which was due to start this summer.

However, the club later said

Speaking to BBC Wiltshire in May, new Swindon chairman Jed McCrory said: "We believe the value of it is quite high for a League One player.

"It's not Adam's fault and we want him at the club, but we weren't here when the contract was done so we want to go through it."

Rooney began his career at Stoke and went on to have a prolific spell in Scotland with Inverness Caledonian Thistle.

"It is a great acquisition, especially as there was a lot of interest from other clubs," Oldham manager Lee Johnson told the club website.

"It took a big effort to get him so well done to everyone involved as they all deserve a pat on the back. A special thank you must go to [chairman] Simon Corney, who went the extra mile as this signing was one over and above the call of duty."