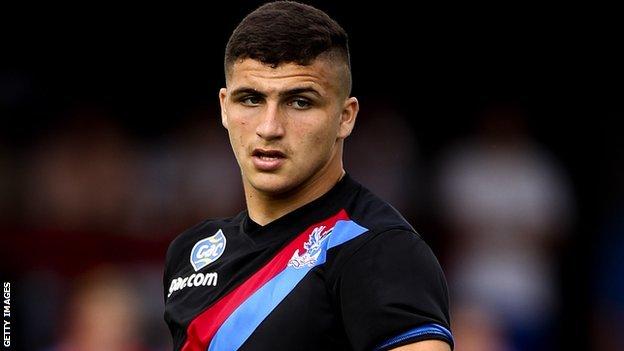 The 18-year-old has played for England at U16 and U17 level but has yet to make a first-team appearance for Premier League newcomers Palace.

"He's been on our radar for six months now and he really wants to play. We're delighted we managed to get him."

Inniss, who is 6ft 5ins tall, becomes the League Two club's seventh signing of the summer and Yates, now in his fifth season as Cheltenham manager, is happy with the squad he has formed.

"It's going to be a tough league this year but I think we've got players who can adapt," he said.

Cheltenham have reached the play-offs for the last two seasons, but lost the final in 2012 and went out at the semi-final stage last term.

They start the 2013-14 campaign against Burton on Saturday and are tipped to be promotion contenders again.

"I know what my target is for the season and the players do too, but we'll keep that to ourselves," added Yates.

"There will be 24 managers sitting here, with play-off places up for grabs, thinking 'why not us' and I'm no different.

"I'm ambitious and I want us to do well. I think we have the capabilities, but things can go awry and we've got to make sure that doesn't happen."