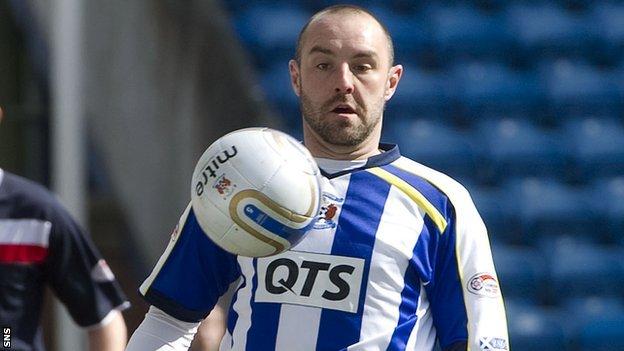 Former Rangers and Middlesbrough striker Boyd, who has 18 caps for Scotland and is the Scottish Premier League's record goalscorer, has signed a one-year deal.

The 21-year-old Gros, who joined the Ayrshire club in 2010, has signed a new three-year contract.

The striker began his senior career with the Ayrshire club and started his second spell at Rugby Park in February after leaving Portland Timbers.

Frenchman Gros has netted two goals in 40 appearances for Kilmarnock.

He had been linked with a move to Oldham Athletic, who are managed by former Kilmarnock midfielder Lee Johnson.