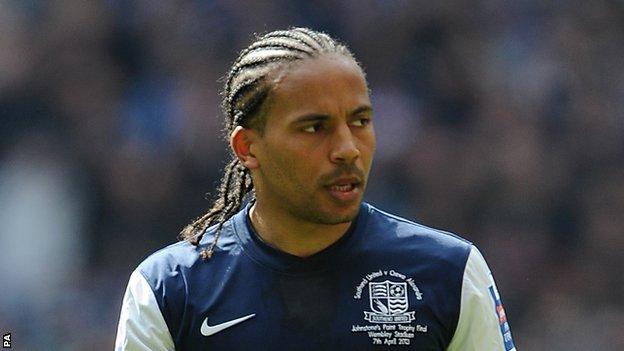 Shrewsbury boss Graham Turner says he chose to hand the captaincy to Tamika Mkandawire over Dave Winfield because of the former's experience.

Both signed this summer but Mkandawire has 149 more senior appearances.

"He's good in the dressing room and is a leader on the pitch, and will help those players around him," Turner told BBC Radio Shropshire.

"The same applies to Dave Winfield who was a candidate for being captain, but I've gone for the experience of Tam."

Former Hereford, Leyton Orient and Millwall defender Mkandawire, 30, joined Shrewsbury on a free transfer following his release by the Lions.

And he has expressed his delight at being chosen to lead the team into the League One campaign.

"I'm very proud and I will obviously do my best as captain to lead by example and help the team," Mkandawire said.

"I noticed on the first day when I walked in that we have a very young squad and I'm one of the older members.

"I've got a lot more experience so hopefully I can help the lads with anything they need on or off the pitch."