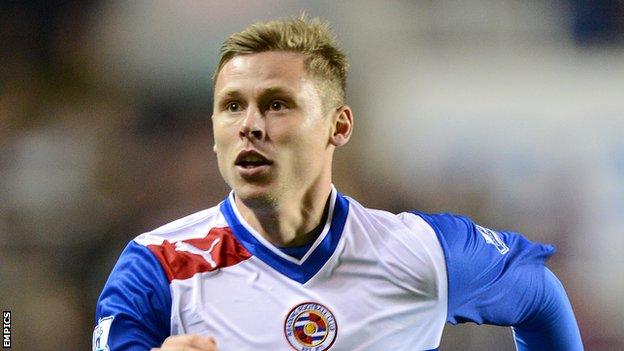 Church, 24, joins the Addicks on a two-year deal following a successful trial while Sordell, 22, has agreed a season-long loan.

"It's no secret that we were looking to bolster our striking options," Charlton manager Chris Powell said.

"They are two hungry young strikers with points to prove."

Church came through the youth ranks at Reading and scored 24 goals in 122 appearances after making his debut in January 2009.

Marvin can score all types of goals with both feet and he's a lad who has got pace, and has got a real eye for goal

The Wales international spent time on loan at Huddersfield last season and has also had loan spells at Crewe, Yeovil, Wycombe and Leyton Orient.

Powell described the former Watford man, who represented Great Britain at last year's Olympics, as an "exciting addition" to his squad.

"Marvin's goalscoring record is good," Powell told the club website. "He can score all types of goals with both feet and he's a lad who has got pace, and has got a real eye for goal.

"He's definitely one who will sniff chances out and come alive in the box, and I think he will enjoy playing here.

"I think we need to give him back that zest of playing and being involved week in, week out. Of course he has to earn the right to do that, but I have no doubt that he will make a mark while he is here.

"Simon is another striker with good pedigree. He is an all-round striker, and his movement is excellent.

"That's one thing I've seen straight away in training and in the game he played for us - how good his movement is. He is constantly on the move, constantly looking to be an outlet and get on the ball and link up play."