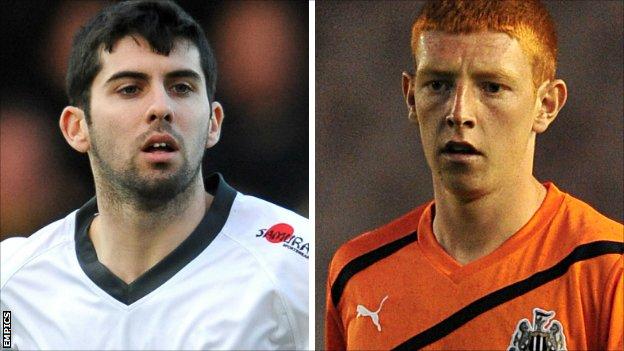 Accrington Stanley have signed Newcastle midfielder Michael Richardson on loan for a month, and also completed a one-year deal for Piero Mingoia.

Richardson, 21, is yet to make a first-team appearance for the Magpies but has Football League experience from loan spells at and

Mingoia, who , was this summer.

The 21-year-old midfielder scored once in nine games for Stanley last term.

First-team opportunities were limited for both players last season, particularly Richardson who saw the arrivals of Moussa Sissoko, Vurnon Anita and Gael Bigirimana restrict his chances of breaking into Alan Pardew's squad.

"First-team football is exactly what I need," Richardson told the club website.

"I want to come out and get as many appearances under my belt as I can to help further my career and help Accrington on as much as I can."