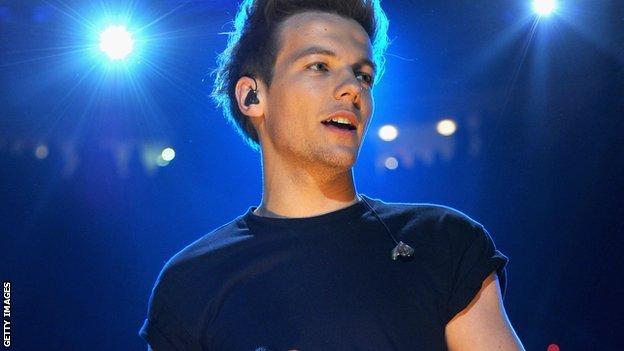 Doncaster Rovers have signed One Direction singer Louis Tomlinson as a non-contract player.

Doncaster-born Tomlinson has been given a squad number and is likely to appear for the team's development side at some point this season.

Tomlinson told the club website: "This has always been a childhood dream for me."

The 21-year-old, who has never played higher than Sunday League, has had three number one hits with the band.

Tomlinson previously appeared for the club in a charity game in aid of Bluebell Wood Hospice.

He added: "I feel very honoured to have been asked to sign for Rovers and being able to help both the club and the amazing charity Bluebell Wood."

One Direction came to prominence on the ITV talent show X Factor, finishing third in the 2010 series.

The group's first album 'Up All Night' made it to number one in 16 countries and both of their albums have topped the Billboard 200 chart in America.

A documentary titled 'This Is Us' about the band is due to be released in cinemas later this month.

Doncaster were promoted back to the Championship last season and start their league season at home to Blackpool on Saturday.