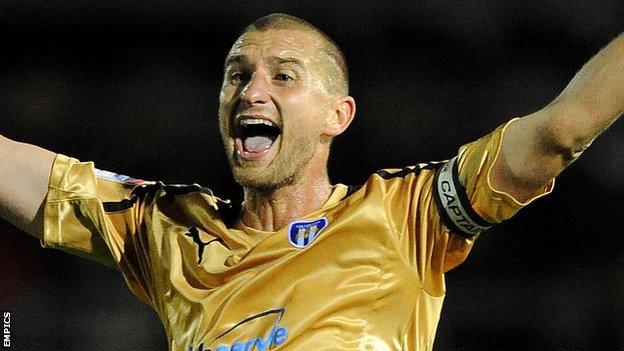 Both players have been on trial at Sixfields with Heath, 32, having been released by Colchester and Emerton, 21, last at Hull.

"Matty is going to help us out and has kindly agreed to join us on a non-contract," said boss Aidy Boothroyd

"He adds to our squad and he gives us a little bit more cover at centre-back."

Heath, who had a trial with Oxford earlier this summer, has played 248 games in the Football League, including spells at Leicester, Coventry and Leeds.

Emerton failed to make a senior appearance for Hull and featured three times as a substitute while on loan at Alfreton last season.

Boothroyd told the club website: "Danny has had a very successful trial and I've been very impressed with him.

"Sometimes when you get a player of Danny's age who is relatively untried it can be a bit of a gamble but I've got a lot of faith in him."