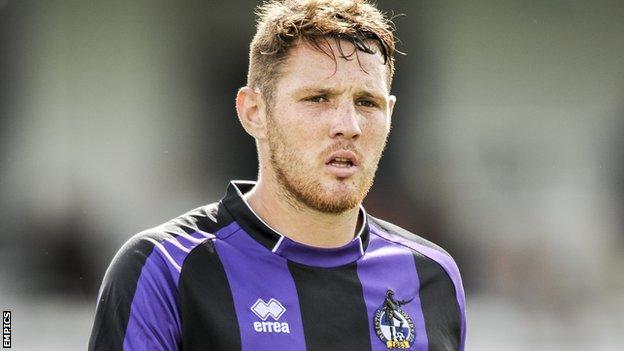 Tom Parkes will retain the captain's armband at Bristol Rovers for next season as it makes him a better player, says manager John Ward.

At 21, former Leicester defender Parkes is one of the younger members of the Pirates squad.

"He had about 10 bookings and a sending off prior to me coming in so I gave him the armband as a responsibility. It seemed to work."

Parkes had loan spells at Burton and Yeovil before arriving at the Memorial Stadium on an initial month's loan in January 2012.

He made a permanent switch from Leicester last summer, and was made captain upon Ward's return as manager in the New Year.

The centre-back will lead the League Two club at Exeter when the season starts on Saturday, but Ward insists there will be other players who can help with duties on the pitch.

"You can rest assured that people like [defender] Mark McCrystal and [goalkeeper] Steve Mildenhall will be captains in their own right," he added.

"The band is something that people covet and I respect that, but my reason for giving it to Tom is to give him responsibility and it will reflect in his performance."