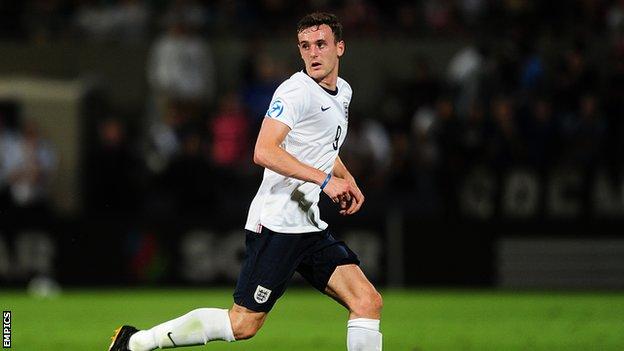 Blackpool have signed Liverpool's England Under-21 full-back Jack Robinson on a season-long loan.

Robinson, 19, has played 11 times for the Reds and made the same number of appearances

He was also part of Stuart Pearce's squad during the summer's European Under-21 Championships in Israel.

Liverpool have the option to recall the player to Anfield after 28 days of his loan spell at Bloomfield Road.