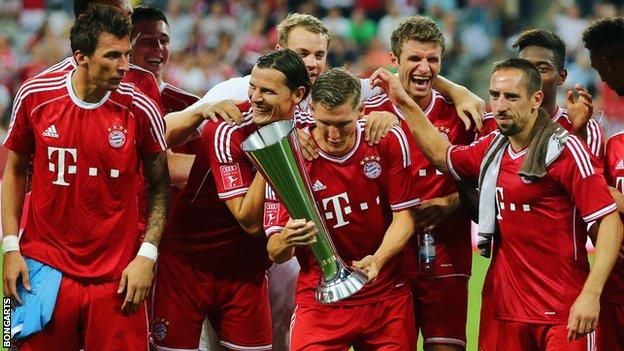 The Spaniard, who signed from Sevilla for £20m this summer, gave City the lead on the hour mark in the pre-season match in the Allianz Arena.

City beat AC Milan 5-3 in the semi-final of the competition on Wednesday.

Their summer signings Fernandinho, Jesus Navas and Stefan Jovetic also featured alongside Negredo against a strong Bayern side.

After spurning two earlier opportunities, Negredo showed good strength and pace to open his account for the club as he raced clear before unleashing a powerful drive low into the corner.