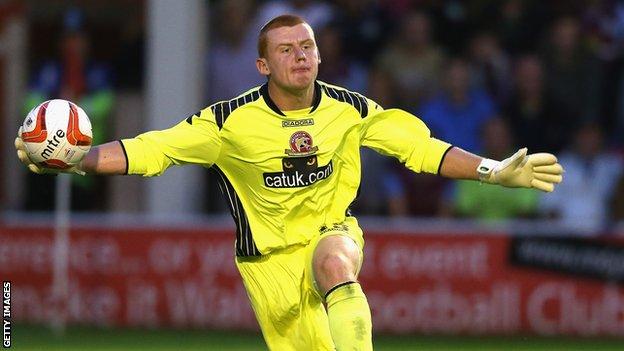 Walsall have signed goalkeeper Shane Lewis on a one-year deal with a further year's option.

The 19-year-old, who came through the ranks at West Brom, has been on trial and played in their pre-season friendly loss against Aston Villa on Wednesday.

The former England Under-17 keeper will provide competition for number one keeper Richard O'Donnell.

"The target is obviously to push Richard as much as I can and develop," Lewis told the Saddlers' club website.

"It's a good opportunity for me to prove what I am capable of."